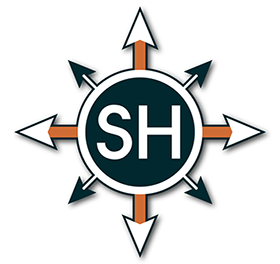 About The Saving Hearts

The Saving Hearts is a Running race in Crosby, Minnesota consisting of a 5K.

Saving Hearts was founded in 2014 after our family suffered the loss of Shane Heyn to suicide. Everyone seems to have their own suicide story and ours started in December of 2012. Shane was one of the strongest men in our family and it hurts us deeply to know he was hurting so bad and felt suicide was the only way to solve the pain. Shane was an amazing, loving, kind man and we had no idea he was suffering.

We decided we needed to take action and do our best to help those hurting and help them to realize that their life is precious to so many.

We need to help others see what it means to be loved and wanted. We also want to help to break the silence about mental illness. Banding together with others that have suffered losses and working together for prevention has been such a help in the process of understanding and healing from these tragic events. It should not be something that is swept under the rug and hidden from others. Help is out there and we should never give up HOPE.

The person who completes suicide, dies once. Those left behind die a thousand deaths, trying to relive those terrible moments and understand..... Why?-Clark

All of our proceeds goThe Crisis Line and Referral Service (CLRS) of Baxter, MN. CLRS is a 24 hour crisis line that helps people that are in a crisis or before their problem becomes a crisis. CLRS serves people in Aitkin, Cass, Crow Wing, Morrison, Todd and Wadena Counties. In these counties they go to over 19 schools so that students can learn about depression and the alternatives to suicide. They also educate people in other venues with QPR training and market the services offered by CLRS.

Knowing that our event has brought so many people together over the years and seeing the difference we have made, has made all of our efforts worth it. We have been blessed by the amount of support that we have received over the last four years and we will keep our efforts going knowing how many lives we have changed because if we can touch one more life, save one more heart, save one more person from committing this heart breaking act, Shane's death and all those we gather to remember were not in vain.

Be The First to Review the Saving Hearts!

Tell Us What You Thought About Saving Hearts