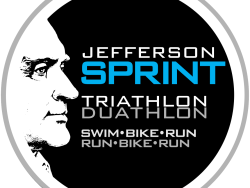 About The Jefferson Sprint Triathlon and Duathlon

Come on out for the annual Jefferson Sprint Triathlon & Duathlon and NEW Youth USAT Splash and Dash held at the triathlon and family friendly Crozet Park/YMCA. Find out why experienced racers to beginners keep coming back for this family friendly, neighborhood event year after year! Pool swim followed by beautiful rolling hills bike and a mostly flat run.

Be The First to Review the Jefferson Sprint Triathlon and Duathlon!

Tell Us What You Thought About Jefferson Sprint Triathlon and Duathlon