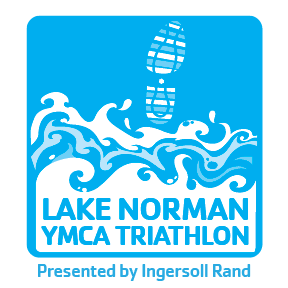 About The Lake Norman YMCA Sprint

The Lake Norman YMCA Sprint is a Triathlon race in Cornelius, North Carolina consisting of a Super Sprint.

We are thrilled to announce that the Lake Norman YMCA and Ingersoll Rand are teaming up to bring you the new Lake Norman YMCA Sprint Triathlon presented by Ingersoll Rand! This is the same great race, we are just moving it to the Ingersoll Rand campus. As you know, this triathlon has been held at the Lake Norman Y since its inception but as the area around the YMCA has grown, the courses have become increasingly congested and hit a point where we needed to make some changes. By moving the event to this new venue, the courses will be safer, parking will be plenty, and the event will have roomKeep Reading to grow.

The date for the event is the same, only the venue is shifting. There will be plenty of parking, beautiful smooth water, safer bike in and out of town, nice run on the campus and perfect finish. This venue previously hosted the Lake Davidson Triathlon, which will now merge with the Lake Norman Y Tri. We are looking forward to the new and exciting future of this event! Come and race with us on a fun fast course in August.

Be The First to Review the Lake Norman YMCA Sprint!

Tell Us What You Thought About Lake Norman YMCA Sprint