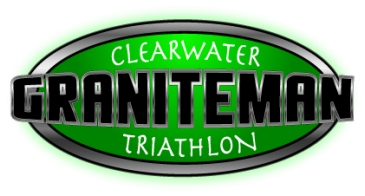 About The Graniteman Triathlon - Clearwater

The Graniteman Triathlon - Clearwater is a Triathlon race in Clearwater, Minnesota consisting of a Olympic and Sprint.

Since 2004 the Graniteman Triathlon in Clearwater has attracted participants from across the U.S. and Canada. Graniteman Clearwater is the second race in a 3 race triathlon series that also includes races in Buffalo and Big Lake. Our Clearwater race takes place at beautiful Warner Lake located just minutes from I-94 in Clearwater, MN. It offers both sprint and olympic distances and features a unique point to point sprint distance swim, a beautiful bike ride through rolling country roads, and finishes with an out & back run that includes both paved and natural surfaces. There is also a park for the kids, live music, great food, fantastic race swag, greatKeep Reading awards, and awesome door prizes!

Be The First to Review the Graniteman Triathlon - Clearwater!

Tell Us What You Thought About Graniteman Triathlon - Clearwater