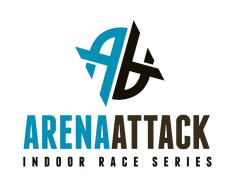 The Arena Attack Indoor Race Series-Kingston is a Running race in Kingston, Rhode Island consisting of a Half Marathon and 5K.

Imagine running in a proper distance race, in the middle of a typical New England winter, but you can dress like its September. Awesome, right? We thought so too... so we made it reality. Introducing the Arena Attack Indoor Road Race Series! Utilizing the wide concourses found in indoor arenas, we run distance races ranging from 5k to the marathon.

Here are some of the things you can look forward to at your Arena Attack Race:
-Race distances include marathon, half marathon & 5k.
-We control the climate, so we can make sure the conditions are optimal.
-TheKeep Reading course is perfectly flat, so no hills.
-Absolutely spectator-friendly. You'll see your runner on every lap.
-Water stations and bathrooms are never more than a lap away.
-We digitally track your laps and project everyone's lap count clearly in your view.
-On-course DJ keeps the runners and spectators entertained all day.

The Arena Attack is a perfect race to test yourself before your spring races or come break your personal records. Don't wait too long to sign up... these races will reach capacity quickly!

Be The First to Review the Arena Attack Indoor Race Series-Kingston!