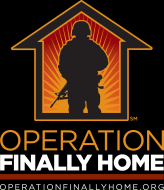 About The Bataan Memorial Race

The Bataan Memorial Race is a Running race in Boston, Pennsylvania consisting of a Half Marathon and 10K Trail Run and 5K Trail Run.

Join the Norwin Air Force Junior ROTC units as we march to remember and honor the 75,000 American troops forced to march 65 miles to death camps in the Bataan Peninsula during World War II and support our warriors coming home. Our goal is to raise $8,000 for the nonprofit organization "Operation Finally Home". The march will take place on March 30, 2019. We will start at 8:00 and march on the Greater Allegheny Passage, starting at the Little Boston Trail.

GOAL: Our goal is to raise $8,000 for Operation Finally Home in memory of those who sacrificed their lives in the Bataan Death March during WWII.

Be The First to Review the Bataan Memorial Race!

Tell Us What You Thought About Bataan Memorial Race