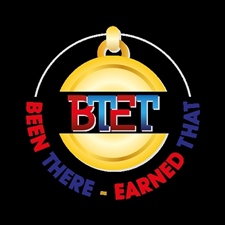 About The BT-ET 5k Run For Christmas

The BT-ET 5k Run For Christmas is a Running race in West Plains, Missouri consisting of a Kids Run/Fun Run and 5K.

A 5k run and kids dash being held in West Plains, MO and it will start and end near The Firm Family Fitness Center at 1600 Freedom Dr. There will be a kids dash at 7:40 am followed by the feature 5k race at 8:00 am. The event will be held on a digitally measured 5k road course (USATF Sanctioning applied for). Children 5-12 will be allowed to run the kids dash for free and children under 5 will be allowed in either the dash or feature race in strollers with a registered parent runner. Anyone 13 and over may enter the feature 5k race. The cost for the 5k isKeep Reading $25. Entries will be accepted by paper entries (cash or check), phone (CCs via square), and online registration through webscorer, with a link provided on this page. Timing will be by Been There - Earned That race management and timing services via webscorer.

Be The First to Review the BT-ET 5k Run For Christmas!