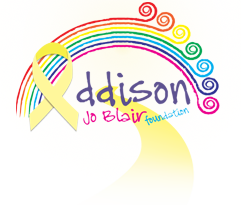 About The Addison Jo Blair 5K

The Addison Jo Blair 5K is a Running race in Glendale, Kentucky consisting of a 5K.

This event will inspire and help many in the greatest of need!! This race began in 2011 when two wonderful ladies decided to host a 5k to raise funds for our family as our precious daughter, Addison was battling cancer. Unfortunately, Addison passed from cancer just a few short weeks later leaving an amazing legacy behind. She was and continues to be an inspiration to so many. Due to the outpouring of love and support from our community and surrounding communities, the Addison Jo Blair Foundation was established in Addison's memory in 2011.

Be The First to Review the Addison Jo Blair 5K!

Tell Us What You Thought About Addison Jo Blair 5K