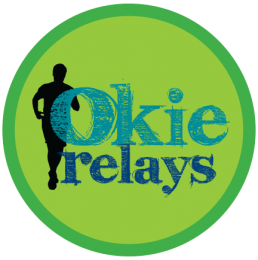 About The Okie Relays

The Okie Relays is a Running race in Elkhart, Kansas consisting of a Ultra.

Welcome to the re-birth of a nostalgic and history filled event. The Okie Relays was originally launched in 1968. Held annually on the 3rd Saturday in May, it was billed as the world's longest four-man relay. Run on highway 95 starting in Elkhart, KS and ending in Texhoma, TX each team member ran a 10.3 mile leg of the 41.2 mile race. In later years an ultra category was added for those wanting to take on the whole distance to claim the fame of running in three states and across the entire state of Oklahoma. Sponsored by the towns of Elkhart, Kansas and Texhoma, Texas, the event grew in reputation,Keep Reading and drew runners from not only the surrounding states, but from such far away locations as Sweden.

As years moved on, Elkhart took on the sole sponsorship of the event and as a matter of formality changed the direction of the race to start in Texhoma and finish in Elkhart. To further the romantic history of the event, Elkhart history recalls that at least one and maybe both of Elkhart's 2 Olympic medalists, Glenn Cunningham and Thane Baker, competed in the event. 1996 was the last reported running of the race. Over the years there has been talk of resurrecting the race. The time has come.

Gather your relay team or take on the whole enchilada. Need some more nostalgia? Check out the stories and photo links on this site. WARNING - lots of folks in '70's & '80's running attire!

Be The First to Review the Okie Relays!

Tell Us What You Thought About Okie Relays