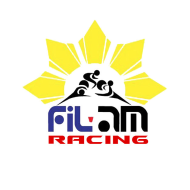 About The Piyesta Pinoy Bayani 5K

The Piyesta Pinoy Bayani 5K is a Running race in Bolingbrook, Illinois consisting of a Kids Run/Fun Run.

Join us in Bolingbrook, IL for the inaugural Piyesta Pinoy Bayani (Hero) 5K (Run, Ruck, Walk). The Piyesta Pinoy Bayani 5K will also be held to commemorate the 75th Anniversary of the Bataan Death March and to honor the Filipino and American service members who sacrificed their lives during this tragic moment in Filipino-American history.
The race will be held during the Annual Piyesta Pinoy ("Philippine Festival") celebration, the largest Filipino-American event in the Chicago area which attracts thousands of visitors across the Midwest. This is an annual event which showcases Filipino talents, vendors, traditional food and games, and cultural exhibits.

Be The First to Review the Piyesta Pinoy Bayani 5K!

Tell Us What You Thought About Piyesta Pinoy Bayani 5K