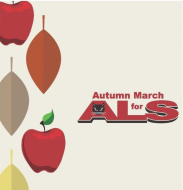 About The Autumn March For Als

The Autumn March For Als is a Running race in Dyersburg, Tennessee consisting of a Kids Run/Fun Run and 5K.

The March was the brainchild of Jerry Edmundson, former director of the Dyersburg/Dyer County Union Mission. Edmundson created the race in 1991 to promote the Mission's youth programs, and the race has been held on Dyersburg's Square the third Saturday of October every year since. In 2016, when the Mission relinquished sponsorship of the event, Sarah Alley and a committee of supporters renewed the race as the Autumn March for ALS Awareness, using the same courses laid out years ago. Edmundson returned to officially start the 2016 race.

One of the longest running 5ks in West TN, the March celebrates a glorious history. Past participantsKeep Reading include celebrated runner Lance Winders, who hold the course 5k record with a time of 15:56 and once completed the mile course in 4:54. The late Charles Reagan, for whom the Masters award is named, holds the record in that class, running the 5k in 16:38 at age 46. Local runner Davis Raines has participated in every March since its inception. His 22:40 represents a record in the Senior Grandmaster's class. As a teen, Maggie Silvers of Lexington, turned in a 5k time of 19:03, a record that still stands. Konnor Kessler of Bolivar holds the Youth Mile record with a 5:16 time. Regardless of their time, all participants in the March are winners because they are supporting a worthwhile cause. This could be your year for a new personal best. Thanks for joining the race!

Be The First to Review the Autumn March For Als!

Tell Us What You Thought About Autumn March For Als