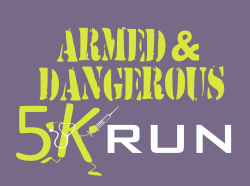 About The Armed & Dangerous 5K

The Armed & Dangerous 5K is a Running race in Pryor, Oklahoma consisting of a 5K.

The Northeast Tech Pryor Campus will transform into a 5K course for the second annual Ken Heddlesten Armed & Dangerous Scholarship Run. Named in honor of Ken Heddlesten former practical nursing (PN) student who lost his battle with cancer, the run was created to generate scholarships for current PN students. Heddlesten was a PN student during the 2015-2016 school year. Sadly, shortly before completing the program, Ken was diagnosed with terminal cancer and given only months to live. His family, friends and classmates still mourn his loss. His was a life of service to others, first in the military and then in the medical realm, and naming a scholarship effort inKeep Reading his honor seemed a fitting way to honor our fallen classmate.

All runners will be entered into a door prize. Must be present to win!!

Be The First to Review the Armed & Dangerous 5K!

Tell Us What You Thought About Armed & Dangerous 5K