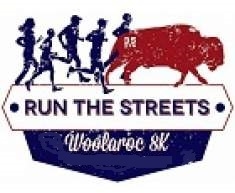 About The Run the Steets Woolaroc 8K

The Run the Steets Woolaroc 8K is a Running race in Bartlesville, Oklahoma consisting of a 1 Mile and 8K.

Run the Streets is excited to announce the anniversary of road racing at Woolaroc with the Run the Streets Woolaroc 8k. Join us as runners and walkers roam with the buffalo and deer as they compete in the most scenic race in the Southwest. Runners and their guests are treated to free admission to Woolaroc and are invited to visit the Woolaroc Museum and Lodge after the race. All proceeds will benefit Run the Streets - a mentoring and running program for youth in Washington County.

Be The First to Review the Run the Steets Woolaroc 8K!

Tell Us What You Thought About Run the Steets Woolaroc 8K