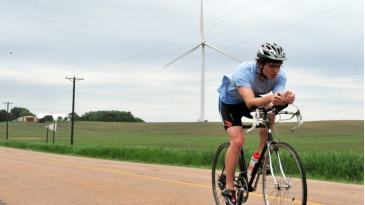 About The Carleton Triathlon

The Carleton Triathlon is a Triathlon race in Northfield, Minnesota consisting of a Super Sprint.

Organized by Carleton's Student Athletic Advisory Committee (SAAC), the 2017 triathlon will include swimming in Carleton's West Gym, bicycling through Rice and Goodhue counties, and running through Carleton's Arboretum. The Triathlon is open to individuals or relay teams of two or three people. Proceeds from the event are donated to the Northfield Youth Sports Collaborative.

Be The First to Review the Carleton Triathlon!

Tell Us What You Thought About Carleton Triathlon