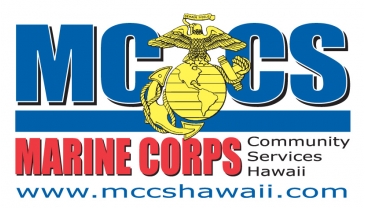 About The Koa Kai Sprint Triathlon

The Koa Kai Sprint Triathlon is a Triathlon race in Kaneohe Bay, Hawaii consisting of a Super Sprint.

Race will start at 0630 on Sunday, 30 April, 2017 .  Come join the Marines and Sailors of MCBH for the first triathlon of the year! Start your morning with a brisk 500 meter swim in beautiful Kaneohe Bay, followed by a fast paced 11.1 mile bike ride around the flightline of MCB Hawaii, finishing with a scenic 5K that ends at Hangar 103.  This race is open to the general public. ALL CIVILIANS (NON-DoD) MUST REGISTER 10 DAYS PRIOR TO RACE Event details and schedulePacket Pick-up: Packet pickup for civilians, military, dependents, retiress and DoD employees will be held at MCBH Front Gate Pass House parking lot on Thursday, April 27th from 1:00pm to 6:00pm and forKeep Reading military, dependents, retirees and DoD employees at the Semper Fit Center, Building 3037 on Friday, April 28th from 10:00am to 4:00pm. Packets may also be picked up the morning of the race beginning at 5:00am. All civilian participants will receive a special event pass at packet pickup for base access on event day.  T-Shirts: Shirts are not guaranteed if you register after Friday, 21 April 2017.  Entry Fees: Individual, Military: $50.00, Individual, Civilian: $60.00, 3-person Relay, Military: $70.00, 3-person Relay, Civilian: $90.00 until Friday, 21 April 2017 at 11:59HST. Beginning Saturday, 22 April a flat rate late entry fee of $10.00 will be charged to all participants. ALL CIVILIANS (NON-DoD) MUST REGISTER 10 DAYS PRIOR TO RACE All registrations are non-refundable Check in and Safety Inspections: Check-in begins at 0500 at Hangar 103. A safety brief will take place at 0615. Participants' bikes must pass a safety inspection. Inspections will be held at the staging area and will be provided from 0500 to 0615 prior to the start of the race. Helmets must be worn at all times while on the bikes. Bicycle repair kits are highly recommended. Swim portion: The swim portion will take place in open water in Kaneohe Bay. Swim fins and snorkels are not authorized during the swim portion of the race. Goggles and swim caps are allowed. No pets or strollers will be allowed in this event.  Awards:  Awards will be given to the top three finishers, male and female in specific age categories, the top three overall male and female finishers and the top relay team. All participants will also receive a custom medal.   Online registration will close on Tuesday, 25 April 2017 at 11:59pm HST. Bike inspections will take place from 0500 a.m .to 0615 a.m.

Be The First to Review the Koa Kai Sprint Triathlon!

Tell Us What You Thought About Koa Kai Sprint Triathlon