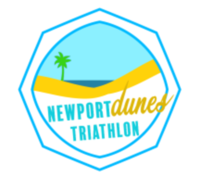 About The Newport Dunes Triathlon

California Triathlon is pleased to announce the addition of the Newport Dunes Triathlon at the Newport Dunes Waterfront Resort, a 110-acre resort located in Newport Beach, Orange County California. The inaugural Olympic and sprint distance races will be held on Sunday, November 4, 2018.

The race begins with a rolling start swim inside the Newport Dunes Lagoon which features a mile of beach front playground typically traversed by swimmers, sailboats and pedal boats. The Olympic distance (0.93 miles) will consist of 2 laps with the sprint distance a lightening quick 300 yards.

The run course is a beautiful 3.1 mile out and back. Aid stations are each mile. The Olympic distance (6.2 miles) will be 2 laps and the sprint distance will be 1 lap.

Be The First to Review the Newport Dunes Triathlon!

Tell Us What You Thought About Newport Dunes Triathlon