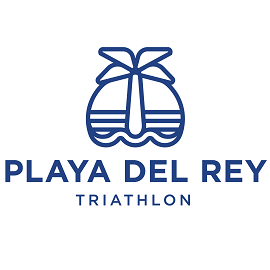 About The Playa Del Rey Triathlon

The Playa Del Rey Triathlon is a Triathlon race in Los Angeles, California consisting of a Olympic and Sprint.

Join us for the annual Playa Del Rey Triathlon & 5k. Set along the beautiful bluffs of Dockweiler State Beach in Playa Del Rey, competitors can select between a sprint-distance (600 meter swim, 20K bike, and 5K run) or Olympic-distance (1500m swim, 40K bike, and 10K run) event. There is also a 5k Fun Run for those wanting to exercise (but not get wet). A portion of the proceeds are donated to the UCLA & USC Triathlon Teams. Over the last eight years the Playa Del Rey Triathlon has raised over $40,000 for the UCLA and USC Triathlon Teams!

Be The First to Review the Playa Del Rey Triathlon!

Tell Us What You Thought About Playa Del Rey Triathlon