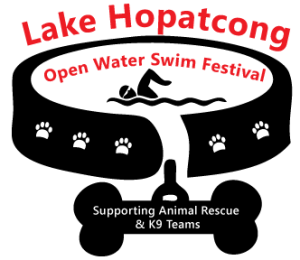 The Lake Hopatcong Open Water Swim Festival began as a charity event to honor one of Lake Hopatcong's most well-known businessmen, Tom Wear, owner of one of the marinas on Lake Hopatcong and the Wearhouse Grille restaurant who passed away in 2008. Bridgette Hobart-Janeczko, an avid open water swimmer established an open water swim to honor Tom. The first Tom Wear Memorial Swim took place in 2009, with over 100 swimmers taking place in quarter mile and one mile races and swimmers ranging from their early teens to their late 70s. Over eight thousand dollars was raised for the Jefferson Township Animal Pound.

The success of the 2009 swimKeep Reading led to it being selected for the 2010 US Masters One Mile Colonies Zone Open Water Swim championship, bringing athletes from throughout the Northeastern United States. In subsequent years the event has been expanded with races to accommodate experienced and novice swimmers from all over the region and country, with options for passionate competitors as well as "fun" swimmers to enjoy the experience. Our charities have also diversified to four different but vital animal organizations. The event was renamed the Lake Hopatcong Open Water Swim Festival in 2012 to reflect the common enthusiasm we share in open water swimming, and we continue to honor Tom Wear through the 1 Mile Tom Wear Memorial Swim. Our 2012 event was a great success, raising over $11,000 to benefit our animal rescue and K-9 charities.

The event takes place on the beautiful Woodport Bay section of Lake Hopatcong and is only a short drive the the New York City area, making it an ideal escape for the city dwellers, and also a great destination swim for those who would like a fun swim weekend that can be combined with a trip to the Big Apple too!

Be The First to Review the Lake Hopatcong Open Water Swim Festival!