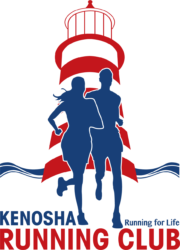 About The Mayor's Turkey Day Run

The Mayor's Turkey Day Run is a Running race in Kenosha, Wisconsin consisting of a 2 Miles.

The Kenosha Mayoras Turkey Day Run began in 1906 as a Thanksgiving Day morning tradition, although it was not always held annually and stopped in the early 1950s. When the Kenosha Running Club formed in 1978, the race came back to life, growing into a venerated event that draws nearly a thousand runners, through good weather and bad.

The course runs along the Kenosha lakefront on city streets, bike paths, and through parks. Mostly level, the course splits at the one-mile mark of both the 2-mile and 10k routes, with water stops at miles 2 and 4 for 10k runners. Runners must be alert to traffic, as this is notKeep Reading a closed course. Marshaling for the 10k course ends 80 minutes after the start.

Be The First to Review the Mayor's Turkey Day Run!

Tell Us What You Thought About Mayor's Turkey Day Run