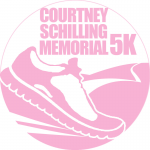 About The Courtney Schilling Memorial 5K

The Courtney Schilling Memorial 5K is a Running race in Reston, Virginia consisting of a Kids Run/Fun Run and 5K.

The Courtney Schilling Memorial 5K celebrates the life of Courtney Schilling. Courtney began her career at Forest Edge Elementary School in 2008 as a member of the special education team. She worked tirelessly with her students to help them succeed. After being diagnosed in July 2009 with small cell carcinoma of the ovary, she fought a brave, tenacious battle which she lost, just four months later, in October 2009. During her short 24 years, Courtney proved to be an accomplished runner, earning the position of captain on the Herndon High School track team. Courtney was also a UVa graduate and Phi Mu sorority president.

Be The First to Review the Courtney Schilling Memorial 5K!

Tell Us What You Thought About Courtney Schilling Memorial 5K