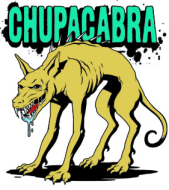 About The Chupacabra 15K

The Chupacabra 15K is a Running race in Waco, Texas consisting of a 15K and 5K Trail Run.

Huaco Cuatro Trail Run Series. The name is derived by combining the Native American Huaco tribe and Cuatro, which is Spanish for the number four.

There are great running trails throughout the Waco area. The Huaco Cuatro Trail Run Series will feature four of these trails. Three of the trail runs will be in Cameron Park and one in Woodway Park. Each race will present it's own set of challenges of distance and terrain.

Be The First to Review the Chupacabra 15K!

Tell Us What You Thought About Chupacabra 15K