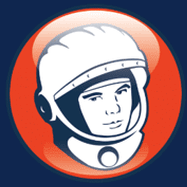 About The Yuri's Night Houston 5K/10K

The Yuri's Night Houston 5K/10K is a Running race in Houston, Texas consisting of a 10K and 1K Walk and 5K.

Hosted by the Houston section of the American Institute of Aeronautics and Astronautics, the Yuri's Night Houston 5k Fun Run is part of an annual worldwide celebration that commemorates the first human in space, as well as the first orbital flight of the US Space Shuttle. Both these pioneering events took place on April 12th - in 1961 and 1981 respectively. As such, our race is always run on, or close to, the 12th April, and is often held in conjunction with a Family Space Day celebration with interactive booths, displays and simple water rocket demonstrations. Yuri's Night celebrations around the world fuel public interest in space exploration, technology, and theKeep Reading aerospace industry.

Be The First to Review the Yuri's Night Houston 5K/10K!

Tell Us What You Thought About Yuri's Night Houston 5K/10K