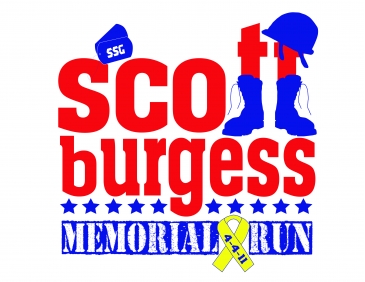 The SSG Scott Burgess Scholarship 5K is a Running race in Franklin, Texas consisting of a 5K.

This event was created to honor and to celebrate the life of an American Hero. Staff Sgt. Scott Burgess was serving in the US Army; assigned to 1st Battalion, 84th Field Artillery Regiment, 170th Infantry Brigade Combat Team. He died April 4, 2011 in Maymaneh City, Afghanistan while defending our FREEDOM.

In the song God Bless the USA by Lee Greenwold it says, ...And I won't forget the men who died who gave that right to me. And I'd gladly stand up next to you,and defend Her still today... It's now our turn to stand up with him, to express our thanks, and to honor hisKeep Reading life and the ultimate sacrifice he made. Please join us and go the extra mile to honor Scott, and all of our American Soldiers.

Be The First to Review the SSG Scott Burgess Scholarship 5K!

Tell Us What You Thought About SSG Scott Burgess Scholarship 5K