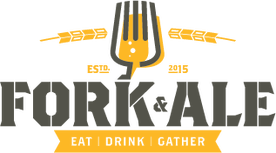 About The 4th Wednesday's @ Fork and Ale

The 4th Wednesday's @ Fork and Ale is a Running race in Douglassville, Pennsylvania consisting of a 5K.

Alpha & Omega Sports and Fork & Ale have come together to bring to you the Schuylkill River Trail Charity 5K Series, held at Fork & Ale restaurant on Route 724 in Douglassville. Races will be conducted on the FOURTH WEDNESDAY of every month between April and September, and the series will be a good way to gauge your fitness progression from Spring through Fall. These will be very family-oriented events that will also host a different charity at each race. April - DBYS, May - Animal Rescue League of Berks County, June - Monocacy Hill Conservation Association, July - Toys 4 Tots, August - Animal House Project September - (VotedKeep Reading on by the participants, Each Runners gets a vote)

Be The First to Review the 4th Wednesday's @ Fork and Ale!

Tell Us What You Thought About 4th Wednesday's @ Fork and Ale