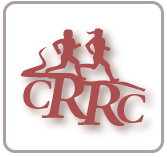 About The Chambersburg Half Marathon

The Chambersburg Half Marathon has drawn a diverse group of people each year. During the first year Jean Stapleton (Edith on All in the Family) was a spectator cheering on the runners. Many Olympic hopefuls have participated in the race. Steve Spence, who ran for the United States at the Olympic Games in Barcelona (1992) holds the men's record for the course. His time of 1:08:12 was established in 2001. The female record of 1:21:01 was set by Molly Pritz in 2008.

Be The First to Review the Chambersburg Half Marathon!

Tell Us What You Thought About Chambersburg Half Marathon