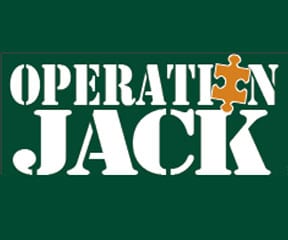 About The Operation Jack Northwest Run

The Operation Jack Northwest Run is a Running race in Tigard, Oregon consisting of a 6 Hours.

In 2010, Sam Felsenfeld set out to run marathons as way to raise awareness and money for autism research in the name of his son Jack (who is severely autistic). Sam ran 61 marathons and raised about $100,000 for Train 4 Autism (an organization that helps raise money for various autism organizations). The final race of that year was on December 26 in Southern California. His supporters here in the Pacific Northwest held an event on the same day which was a 6.1 hour run (in honor of Sam's 61 marathons). It's called the Operation Jack Northwest Run. Now in its sixth year, we continue to raise money for Operation JackKeep Reading and the fight against autism. This year, the Operation Jack Northwest Run will be held on December 10 and we hope to raise more than $1,500. Join us and run one or as many miles as you want in this 6 hour event.

Be The First to Review the Operation Jack Northwest Run!

Tell Us What You Thought About Operation Jack Northwest Run