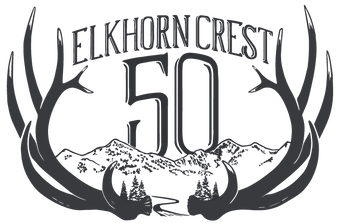 About The Elkhorn Crest 50

The Elkhorn Crest 50 is a Running race in Sumpter, Oregon consisting of a Marathon Trail Run and 53 Miles (Ultra).

The Elkhorn Crest 50 will take you along the Elkhorn Mountain ridgeline across sub-alpine forests and grasslands. The trail offers panoramic views of Baker Valley, the Wallowas, and the Blue Mountains. The race has an average elevation of over 7200ft, making it a one-of-a-kind ultra in Oregon. With 11,000 ft of climbing and almost 12,000 ft of loss is packed into 52 miles. The course is a mix of smooth single track as well as rocky, technical sections. While the Elkhorn Crest Trail has minimal elevation change, there are sustained climbs and descents as you veer off the Crest Trail. The Elkhorn Crest Marathon will start in the old mining townKeep Reading of Bourne Oregon following the same route as the 52 Miler, but continuing on to the finish after Aid Station 3. With a nice climb to/from the crest plus a loop around Summit lake, this marathon will not disappoint! There is roughly 5700 ft of elevation gain and 6300 ft of loss.

Be The First to Review the Elkhorn Crest 50!

Tell Us What You Thought About Elkhorn Crest 50