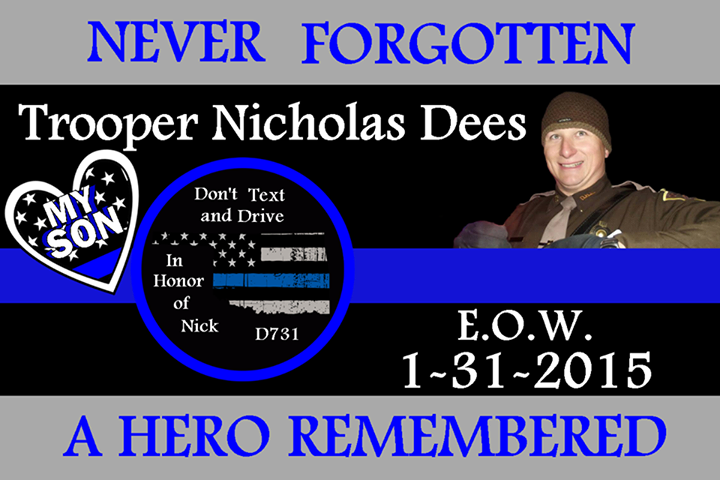 About The Trooper Nicholas Dees Run

The Trooper Nicholas Dees Run is a Running race in Durant, Oklahoma consisting of a 5K and 7.3 Miles.

In honor of Trooper Nicholas Dees and to bring awareness of the dangers of texting and driving. OHP Trooper Nicholas Dees Delta 731 was killed in the line of duty on January 31, 2015. He was investigating a collision on I-40 near mile marker 195 just east of Shawnee, Oklahoma when he was struck and killed by a man who was texting. The man had left Arkansas and was on his 189th text when he hit and killed my only child Nicholas Glenn Dees who had just turned 30 on January 23, 2015.

Funds raised will go toward the Trooper Nicholas Dees Scholarship Fund administered by the Chahta FoundationKeep Reading of the Choctaw Nation of Oklahoma and expenses occurred for educational presentations shown to schools, churches and other organizations.

Be The First to Review the Trooper Nicholas Dees Run!

Tell Us What You Thought About Trooper Nicholas Dees Run