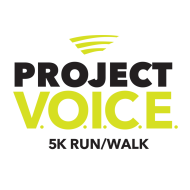 About The Project V.O.I.C.E 5K

The Project V.O.I.C.E 5K is a Running race in Toledo, Ohio consisting of a 5K.

Project V.O.I.C.E is a collaborative, community-wide 5K run/walk to raise awareness and engage in the fight to prevent and END Human Sex Trafficking.

Human Sex Trafficking is a form of modern-day slavery where people profit from the control and expolitation of others. It is considered to be one of the fasted growing criminal industries in the world. Our cities are personally affected by sex trafficking including the secual expoitation of children. The average age of a child being entered into sex-trafficking in the United States is 12-14 years old.

Be The First to Review the Project V.O.I.C.E 5K!

Tell Us What You Thought About Project V.O.I.C.E 5K