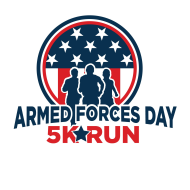 About The Armed Forces Day 5K

The Armed Forces Day 5K is a Running race in Sylvania, Ohio consisting of a 5K.

Support local Veterans by participating in the Armed Forces Day 5K! This is an event aiming to bring military service members, veterans and community supporters together to raise money for two local Veterans programs that work hard to make a difference in their lives. This years event will raise funds for the American Legions 'Gifts for Yanks' program, as well as the local Toledo chapter for Team Red, White and Blue. The event will take place between Post 468 in Sylvania and Olanders' Fossil and Sylvan Prairie Parks.

In 1952, the Ohio Department of the American Legion began the Gifts for Yanks program collecting $8,000, which was used to purchaseKeep Reading cigarettes for veterans in Ohio Veterans Hospitals. By 1994, the program has grown to support volunteer services in all of the Ohio VA Medical Centers, Outpatient Clinics, Ohio Veterans Homes, and veterans residing in state mental health facilities. Team RWB's mission is to enrich the lives of America's veterans by connecting them to their community through physical and social activity. The Toledo chapter of Team RWB prides itself in offering Veterans and their supporters diverse opportunities throughout the year to socialize and engage in engaging physical activities. Since its charter, the Toledo chapter of Team RWB has continued to grow its offerings of activities with their steady rise in membership.

Be The First to Review the Armed Forces Day 5K!

Tell Us What You Thought About Armed Forces Day 5K