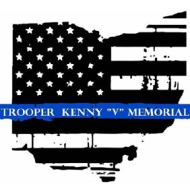 The Trooper Kenny Velez - TKV 5.11K is a Running race in Lorain, Ohio consisting of a 5.1K Trail Run.

On September 15th, 2016, Trooper Kenneth Velez unit # 511, 27-year veteran of the Ohio State Highway Patrol, Cleveland Post was killed in the line of duty after being struck by a passing vehicle outside of his patrol car, while conducting traffic enforcement on the 90 interstate in Cleveland, OH. Trooper Velez, 48 years old was just a few days from retirement. Kenny was an avid sports fan, very involved father of three, and was great and fair person in and out of his uniform.

In honor of his lifetime of service, the friends and family are in the process of starting the TKV5K Move Over race / 1Keep Reading mile fun walk in order to raise awareness for the many emergency personnel working on our Ohio roadways. Proceeds from this event will be placed in a memorial fund and will assist in continuing this event and others annually.

We will see you there!

Be The First to Review the Trooper Kenny Velez - TKV 5.11K!

Tell Us What You Thought About Trooper Kenny Velez - TKV 5.11K