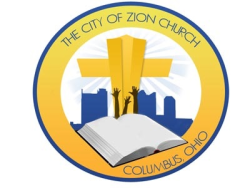 The Meshach Sir King Orton Memorial 5K is a Running race in Dublin, Ohio consisting of a Kids Run/Fun Run and 5K.

The race is one of strength, faith, and inspiration honoring the impacting life of Meshach Sir King Orton. Meshach was a very courageous and promising young man whose life was cut short due to a senseless act of violence in February 2017.

Meshach's story wasn't an ordinary one, at the age of seven he had to undergo a major brain surgery which left him partially immobile on the left side of his body and with a visible scar on the side of his head. Throughout his childhood, he faced so many battles from being bullied to being told he would not physically be able to do certain activities. He didKeep Reading not let this deter him and when facing the odds Meshach always found a way to even them out, and his strength and spirit is the trademark of his legacy.

Although his childhood was challenging Meshach learned early the power of simply believing in himself. When the world told him that he shouldn't, he found a way to prove them wrong. He graduated from Africentric Early College Academy where he played on the varsity football team and went on to spend his freshman year at Wright State University. He was a very active member of the City of Zion Youth Department and was stepping into becoming a youth leader. He also spent many summers serving as a Junior Camp Counselor at the Central Community House where he made a tremendous impact on the lives of the young people and staff.

Meshach was an advocate for the people he loved and stood firm on what he believed. Although his life was cut short before he could reach the brink of his impact, he touched the lives of so many others through the life he led and is continuing to do that through his legacy.

The proceeds from this event will benefit The Meshach Sir King Orton College Scholarship and youth ministry fund. The scholarships are awarded to high school seniors only for any legitimate higher education expenses. Applications are accepted on or before April 15 of any calendar year. The youth ministry fund will serve for fellowship activities to provide mentorship, leadership skills, stability and confidence for the youth who participate in all youth ministry activities.

Prior to the 5K, bring the little ones out for the Temple Fit Kids Dash. A quick 100 meters to get those future 5K runners involved!

Be The First to Review the Meshach Sir King Orton Memorial 5K!