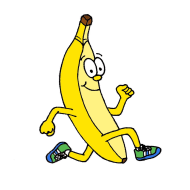 About The Frozen Banana Race

The Frozen Banana Race is a Running race in Dublin, Ohio consisting of a 2 Miles.

The Frozen Banana Race is organized by 15-year-old Ian Montgomery. The race was initiated in 2015 and has been in the running ever since. Ian's motive for organizing this race is to support the fight for cancer; one which his Grandma Nana and Aunt lost. In 2015, Ian wanted to volunteer and give back to the community. He is both an avid runner and hockey fan. Therefore, he came to the conclusion to organize a race that gives back to the Columbus Blue Jackets Foundation. Ian chose the Columbus Blue Jackets Foundation because of their pediatric cancer program.

Year one of conducting the race was all experimental. Ian wanted toKeep Reading name the race after his Nana; hence why the race name banana rhymes with Nana. The first year included a total of over $2,000 raised for the Columbus Blue Jackets Foundation along with 30 participants. The next year the race saw a drastic increase with over $3,000 raised and around 50 participants.

Be The First to Review the Frozen Banana Race!

Tell Us What You Thought About Frozen Banana Race