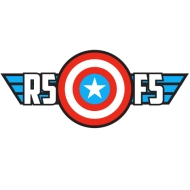 The Run 5 Feed 5 is a Running race in Trinity, North Carolina consisting of a 5K.

Run 5 Feed 5 started in 2014 with the hope of raising money and awareness for the dire childhood hunger problem in our communities. The concept was simple, run a 5K and your entry fee would feed 5 children in the community for a weekend. In the first three years of fundraising, over $125,000 has been raised to fight childhood hunger! Run 5 Feed 5 is now a 501c3 organization which seeks to provide funding to local food banks that will be used to feed hungry children through programs such as the Backpack Pals. Right now in North Carolina, one out of every four children is goingKeep Reading hungry, and our goal is to fight that statistic!

100% of proceeds from our fundraising will go to local food banks in the triad for hunger relief programs for children. One of these programs is the Backpack Pals. Backpack Pals is a program started through Community Outreach of Archdale-Trinity (COAT) to offer hunger relief to children in our community. Each Friday, the backpack program sends bags of food home for the weekend, through 10 local Elementary, Middle and High Schools. This program alone feeds over 500 children every weekend with a cost of over $3,000.00 weekly. These feeding programs are funded primarily through donations.

Be The First to Review the Run 5 Feed 5!

Tell Us What You Thought About Run 5 Feed 5