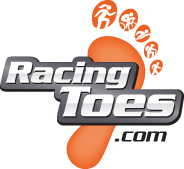 The Joshua Lee Warren Foundation 5K is a Running race in Denver, North Carolina consisting of a 5K.

On June 16th 2016 Lincoln County firefighter Joshua Warren at the age of 34 fell ill while on-duty with the Alexis Fire Department and collapsed during physical fitness training at the East Lincoln Middle School. Joshua Warren was rushed to CHS-Lincoln Medical Center, where he later succumbed to his heart condition. When Joshua Warren collapsed while exercising back in June, his death stunned fellow firefighters because they said he was a man who was health conscious. The medical examiner said the cause of Warren's death was hypertrophic cardiomyopathy. It's a disease where the heart muscle becomes abnormally thick and pumping blood becomes hard. Doctors say it often goes undiagnosed becauseKeep Reading people with it have few, if any symptoms.

The mission of the Joshua Lee Warren Foundation is to provide funding through a grant process to local fire departments which will provide assistance with:
*Purchasing critical life safety and rescue equipment for emergency situations
*Replacing obsolete equipment to enhance department functionality
*Providing funding for training equipment and props that can be shared on a local level

Be The First to Review the Joshua Lee Warren Foundation 5K!

Tell Us What You Thought About Joshua Lee Warren Foundation 5K