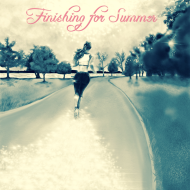 About The Finishing for Summer

The Finishing for Summer is a Running race in Liverpool, New York consisting of a 5K.

Summer Rupert-Wozniczka was struck by a vehicle and killed on Lakeshore Road in Cicero while out for a run in October of 2014. The driver was intoxicated and was driving while under the influence of drugs.

Join us as we run in Summers memory. This 5K run/walk is being hosted by Summer's family and friends. All racers will receive a shirt as well as food, drinks, a DJ, as well as donations to be raffled off! All proceeds from theKeep Reading race including monetary donations and those received from raffles will be donated to MADD, Mothers Against Drunk Driving. It is our hope that this race honors Summer's memory and it is our mission to reach out to the community to prevent another mother, daughter, and sister from losing a loved one. Thank you and we will see you at the starting line!

Be The First to Review the Finishing for Summer!

Tell Us What You Thought About Finishing for Summer