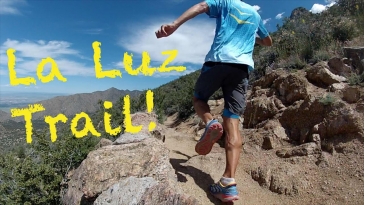 About The La Luz Trail Run

The La Luz Trail Run is a Running race in Albuquerque, New Mexico consisting of a 9 Mile Trail Run.

La Luz Trail Run is a nine mile trail race that starts in the foothills of the Sandia Mountains in Albuquerque and finishes at Sandia Crest at an altitude of 10,678' - over 4,000' of elevation climb.

We use a lottery system to fill the 400 allotted slots in the race. The 400 limit is mandated by the United States Forest Service (since much of the race is run through National Forest that has been designated as a Wilderness Area).

The lottery process is open during the first week of May on ultrasignup.com. After the lottery has closed, ultrasignup.com will randomly draw all names and compile aKeep Reading list. The first 400 names selected will be entered into the race; they will be notified and will then pay the race entry fee.

Those not selected in the first 400 will be placed on a waiting list in the same order as their names were randomly drawn. As cancellations are received from the original list of 400 entrants, persons from the waiting list (in order) will then be offered the opportunity to enter the race.

Be The First to Review the La Luz Trail Run!

Tell Us What You Thought About La Luz Trail Run