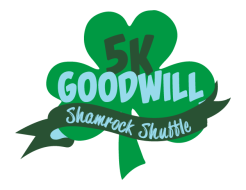 About The GoodWill Shamrock Shuffle 5K

The GoodWill Shamrock Shuffle 5K is a Running race in Ridgewood, New Jersey consisting of a 5K.

The GoodWill Shamrock Shuffle 5K is a race to support the GoodWill Foundation. GoodWill was formed in 2011 in honor of Will Sullivan, a boy with Angelman Syndrome. Angelman Syndrome (AS) is a rare neurological disorder on the Autism spectrum. GoodWill's mission is simply to do something Good, for Will. GoodWill's primary focus is to raise funds and awareness for Angelman Syndrome research and schools and programs that serve children with special needs. Our fund raising efforts have benefited the following organizations over the last several years: Foundation for Angelman Therapeutics (FAST), CTC Academy, Camp Sunshine/Snowflake, and Camp Fatima.

In addition to these organizations, GoodWill will support Camp Acorn inKeep Reading the future.

Be The First to Review the GoodWill Shamrock Shuffle 5K!

Tell Us What You Thought About GoodWill Shamrock Shuffle 5K