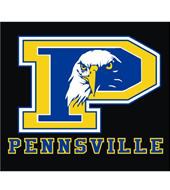 About The Dustin Deckard Memorial Run/Walk

The Dustin Deckard Memorial Run/Walk is a Running race in Pennsville, New Jersey consisting of a 5K.

Dustin was an accomplished athlete and great student. He was a champion wrestler while in High School and a captain of the wrestling team. He was a Two-Time Wrestler of the Year for Today's Sunbeam. After High School, while attending Wilmington University, Dustin started running. He competed in many Triathlons and Half Iron Man Events. Once he completed two years at Wilmington University, where he was on the Dean's List each semester, he moved to Delray Beach, Florida for a fresh start to find his way in life. On August 30, 2012 his life was tragically taken from us from a random act ofKeep Reading violence.

Dustin made you smile the moment he came into a room. He loved to make others laugh and was never afraid to laugh at himself. In his life he was an inspiration to all who knew and loved him. No matter what he was going through personally, he always had time to make you feel better about any circumstances you may be facing.

In his memory, The Dustin Deckard Scholarship was established, Tax ID #46-0893602, to continue the work he would of done if he was still with us. Three scholarships have already been awarded this year in his honor.

Be The First to Review the Dustin Deckard Memorial Run/Walk!

Tell Us What You Thought About Dustin Deckard Memorial Run/Walk