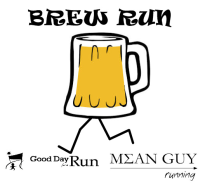 About The Brew Run Series - Death of the Fox Brewing Company

The Brew Run Series - Death of the Fox Brewing Company is a Running race in Clarksboro, New Jersey consisting of a 5K.

Join GDFAR and Mean Guy Running for some serious fun as we head to 4 local breweries this Summer. These events each feature a 5K Fun Run course, followed by an after party inside the Breweries. The after party will include a brief Brewery Tour, a glass of freshly brewed local beer, music, and raffles. Hang out with friends and fellow runners until around 9pm.

Besides a handful of expenses, these runs will benefit our Charity Partner - TOPSports!

Get Swag Too! New This Year - All participants will get an awesome 16 Ounce Belgian Style Brew Run Glass!

Be The First to Review the Brew Run Series - Death of the Fox Brewing Company!