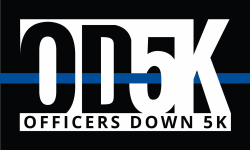 About The Officers Down 5K

The Officers Down 5K is a Running race in Las Vegas, Nevada consisting of a Kids Run/Fun Run and 5K.

The Officers Down 5K celebrates officers who put their lives on the line daily to keep our communities safe and honors those who have fallen in the line of duty. While officers give to the community on a daily basis, it is now our time to give back.

Founder, T.J. Burke, started his law enforcement career in 2009 and wanted to give back in another way. Burke organized the Officers Down 5K in 2011 with a goal to bring the community together on "just a day" rather than just when an officer is killed, to show support to the men and women in blue.

Be The First to Review the Officers Down 5K!

Tell Us What You Thought About Officers Down 5K