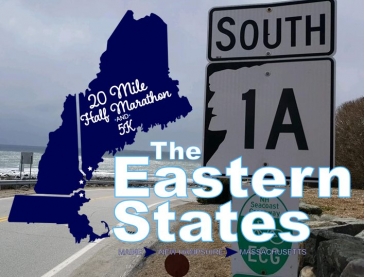 About The Eastern States Road Race

The Eastern States Road Race is a Running race in Kittery, Maine consisting of a Half Marathon and 20 Miles.

Kittery, Maine to Salisbury, Massachusetts along the spectacular New Hampshire Seacoast. Seven towns, three states - all in one race!

And NEW THIS YEAR: Stay tuned for more information regarding the new 5K option!

Be The First to Review the Eastern States Road Race!

Tell Us What You Thought About Eastern States Road Race