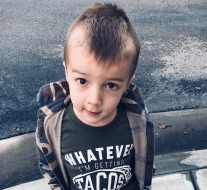 About The Run 4 Roman

The Run 4 Roman is a Running race in Morehead, Kentucky consisting of a 4K.

Rescheduled event, Run 4 Roman is a 4k race to help support Roman, a 4 year old little boy who was diagnosed with a brain tumor. Roman underwent an 11 hour craniotomy to remove the tumor, and God has healed him! Run 4 Roman will help Roman with his medical expenses, and raise awareness for pediatric brain cancer. Registration is donation based with a 10 dollar minimum donation. Participants will receive a t-shirt and bracelet. Come out and help support Roman !

Be The First to Review the Run 4 Roman!

Tell Us What You Thought About Run 4 Roman