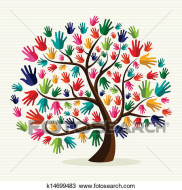 About The Unity Day 5K

The Unity Day 5K is a Running race in Frankfort, Kentucky consisting of a 5K.

This Unity Day 5K Race Event that will be hosted by Seven Stars Ministries INC. Compelled by the recent incidents of police brutality and wide-ranging occasions resulting in innocent people losing their lives by police officials (and the police officers we have also lost to gun violence) and inequality that has surface within the past decade, our Assistant Pastor Montravious Ferguson was determined to take a positive stance. When we look out and consider what has become the new norm and what has gone viral on social media, in the newspaper and the rallies/riots in other cities and states, Pastor. Ferguson wanted to get the Frankfort police and the citizen/residents ofKeep Reading Frankfort KY to come together, pray, eat and show the community that our police officers are community oriented and have a genuine regard, care and love for the well-being of the community. With the commitment and cooperation of the Frankfort Police Officers, Chef Abram and his entire staff, Unity Day launched in August of 2016. Although this event is still in its beginning stages, we have had an overwhelming support from the community, The Frankfort State Journal and for this year's Unity Day Event; we have collaborated with Frankfort Striders to take our Unity Day event to the next level. Our goal is to empower the citizens in Frankfort and its surrounding cities. We also endeavor to show that we are all one as well as take a positive stance on something that has taken our nation by force, in a negative manner. As a church and the community of Frankfort, it is our hearts desire to teach our children, by example, the power behind love and unity.

Be The First to Review the Unity Day 5K!

Tell Us What You Thought About Unity Day 5K