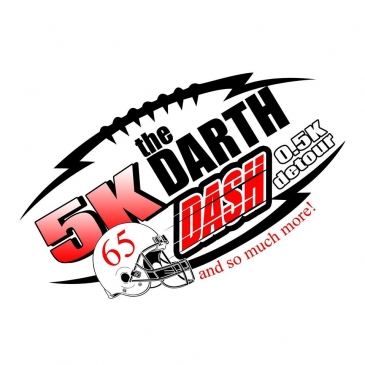 About The Darth Dash 5K

The Darth Dash 5K is a Running race in Lewistown, Illinois consisting of a 5K.

The community of Lewistown, Illinois lost one of its most well-known and beloved youths, Darth Winkler, when he was tragically killed in a car accident on September 2, 2015 in Hayward, WI. Darth was a 2011 graduate of LCHS, where he was a linebacker and offensive lineman for the Lewistown Indians, as well as being a star track athlete. He received numerous awards throughout his athletic career in high school, such as being named to the 2010 All State Football Team and being chosen as the 2010 Journal Star Small School Football Player of the Year. Darth continued that success throughout his four years at Beloit College, excellingKeep Reading in both football and track up to his graduation in May 2015.

Darth was known throughout the area as being a fierce competitor in both football and track. But it wasn't his amazing athletic ability that defined Darth; it was his love and dedication to his friends and family. It was his ability to inspire others to succeed and to offer words of encouragement whenever needed. It was his drive, determination and hard work that he put into everything that he did. It was his ability to be a role model to the young and old alike. It was his willingness to help others. It was the compassion and care that he showed to others. It was the respectful and polite manner in which he spoke. It was his ever present infectious, dimpled smile. And it was in his love for life.

Darth loved having fun and that's exactly what this race and day is all about. This event is being created to raise money for a scholarship fund in Darth Winkler's name that will be presented to Lewistown High School graduate(s) for years to come.

Be The First to Review the Darth Dash 5K!

Tell Us What You Thought About Darth Dash 5K