Race Of The Dead 5K 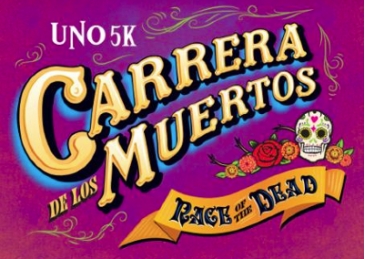 About The Race Of The Dead 5K

The Race Of The Dead 5K is a Running race in Chicago, Illinois consisting of a 5K.

Come celebrate El Dia de los Muertos/Day of the Dead in Pilsen, Chicago's most culturally rich and vibrant neighborhood. The Carrera de los Muertos/Race of the Dead 5k generally sells out so be sure to register early. It is a USATF certified course.

The route is a smooth one through neighborhood streets, starting and ending just outside Addams Medhill Park, and takes runners past a variety of the area's fabulous murals.

Runners are cheered on with entertainment throughout the race including live mariachis, traditional folkloric dance groups and Chicago house music DJs. The post-race party provides authentic Mexican and Latin American food set to music in a traditionalKeep Reading Day of the Dead setting.

Be The First to Review the Race Of The Dead 5K!

Tell Us What You Thought About Race Of The Dead 5K

Race Of The Dead 5K