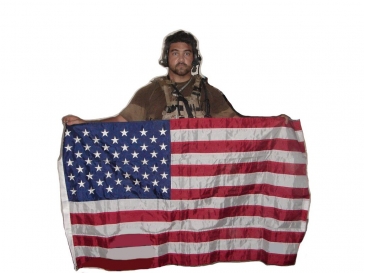 About The Kraig Vickers Honor Run

The Kraig Vickers Honor Run is a Running race in Kahului, Hawaii consisting of a 3K and 5K.

Annual Kraig Vickers Honor Run is held in honor and memory of Maui's own Kraig M.K. Vickers who was a Senior Chief Explosive Ordnance Disposal Technician attached to the US Navy's Special Warfare Development Group who was killed in action on August 6, 2011 along with 21 other military members from his team and 9 military support personnel in Afghanistan during combat operations.

The run will be held at Keopuolani Park in Kahului. This event includes a 5K run and a 3K run/walk to accommodate participants of all ages.

There will be free food, drinks and refreshments for all participants, live music and door prizes too. Come out andKeep Reading enjoy a day at the park with your friends and family as we remember and pay tribute to all our service members.

Be The First to Review the Kraig Vickers Honor Run!

Tell Us What You Thought About Kraig Vickers Honor Run