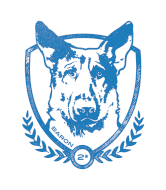 About The K9s United 9K For K9s Jacksonville

The K9s United 9K For K9s Jacksonville is a Running race in Jacksonville, Florida consisting of a 1 Mile and 5K and 9K.

REMINDER: Since our race is to benefit Law Enforcement K9s, we only allow service dogs to come. There will be several there from surrounding agencies. We want our K9s to have the freedom to participate in the run as well as the K9 demonstration afterwards.

Join K9s United at downtown Jacksonville's Metropolitan Park for the K9s United 9K for K9s. This annual event will include the 1 mile fun run (untimed), the classic 5k and our challenging 9k! Both the 5k and 9k will be chip timed with awards for the top runners in each category. All the runs are open to runners and walkers of all levels. Can'tKeep Reading make it out on race day, that's okay...we are offering a NO EXCUSE Virtual 5k or 9k options, so you can still be part of the fun, earn a T-shirt and medal, all the while supporting a great cause.

In addition to the race there will be amazing post-race activities for the whole family including kids arts and crafts, a K-9 photo booth to get your picture taken with your favorite K9 Hero, and everyone's favorite, a K-9 demonstration that will be bigger and better than ever.

RUN FOR FREE! If you raise $250 or more through our fundraising portal, you get to run in the race of your choice for free! This is a great way to support our K9 Heroes and receive a great reward yourself.


100% of the proceeds will benefit K-9s United an organization that is committed to supporting and honoring K-9 law enforcement officers who detect, protect and serve our communities by giving them the best equipment, amenities, and quality of life during and after their service, and memorializing those who give the ultimate sacrifice. K9's United is dedicated to providing the necessary equipment and training K9 law enforcement officers need in order to protect communities across the country, as well as memorializing those who give the ultimate sacrifice in the line of duty.

Be The First to Review the K9s United 9K For K9s Jacksonville!