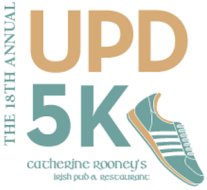 About The Ulster Project Delaware 5K

The Ulster Project Delaware 5K is a Running race in Wilmington, Delaware consisting of a 5K.

The race benefits Ulster Project Delaware (UPD). UPD was founded in 1976 as a program to build understanding between Northern Irish Catholic and Protestant teenagers. Each July, the project brings a group of teenagers between the ages of 14 and 16, half Catholic, half Protestant, and half girls, half boys, to the Wilmington area where they live with host teenagers and their families for four weeks. While here, the Northern Irish and American teens participate in aKeep Reading variety of group building, social, sightseeing, and spiritual activities that enable them to create enduring friendships and mutual understanding.
T-shirts for the first 200 registrants

Be The First to Review the Ulster Project Delaware 5K!

Tell Us What You Thought About Ulster Project Delaware 5K