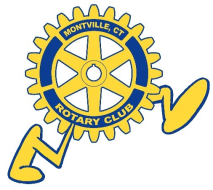 About The Montville Race Day

The Montville Race Day is a Running race in Montville, Connecticut consisting of a Kids Run/Fun Run and 10K and 5K.

The Montville Rotary Club and Montville Parks & Recreation Department have teamed up to sponsor the Annual Montville Race Day. The Race Day will consist of a 5K run and an open 10K run with a Masters designation for racers 40+ years old with both races starting at the Camp Oakdale Pavilion at the corner of Oxoboxo Dam Road and Rt 163 in Oakdale, Connecticut.

Be The First to Review the Montville Race Day!

Tell Us What You Thought About Montville Race Day